A major part of the cadet program is military music. Military parades are frequently associated with music, from anthems to bugle calls, to bagpipes and inspection pieces. Cadet musicians practice and play in the tradition of commonwealth military marching bands. Cadet musicians put in long hours of practice to both play music and follow the unique band drill and coordination required of a military band. 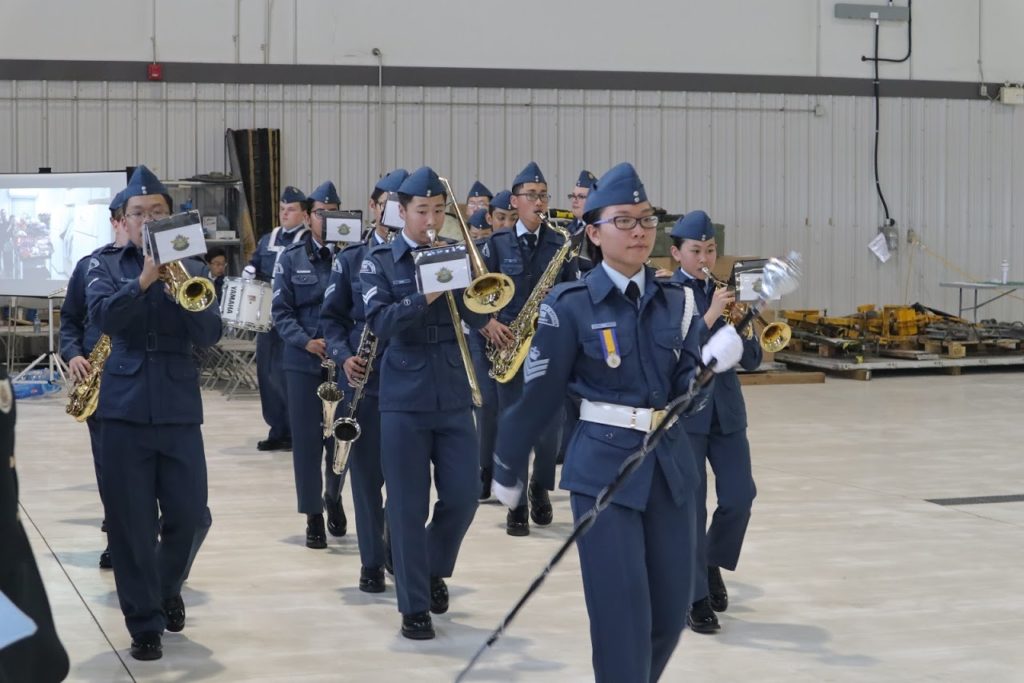 If you are interested in joining the 918 Griffon Squadron band, speak with the Drum Major or Band Officer. Cadets with existing musical experience (piano, school band, etc.) or with no musical experience at all (but willing to learn and practice) are welcome.