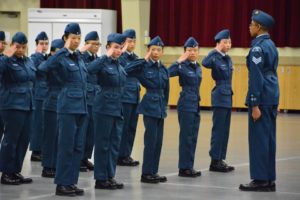 918 Griffon Squadron assembles and trains a precision drill team each year. These cadets practice weekly towards a compulsory routine (drill with commands called) and a precision silent routine (drill movements executed without commands). The drill team performs during the Annual Ceremonial Review, as well as competing in regional competitions against other cadet drill teams. 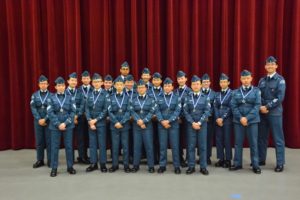